Liter of Light (Davao Kick Off)

JCIP in partnership with My Shelter Foundation (headed by Mr Iliac Diaz) aim to make brighter Filipino homes in 2013. To install, conduct trainings and construction of solar bottle bulbs made from recyclable materials which  serves as a low cost daytime light source to some household and communities.

The Liter of Light Project kicked off in April 2012 at Barangay Aquino Agdao, and second launch was held at Barangay 21-C Davao last Dec 29, 2012 following a press conference and victory luncheon at Lispher Inn Davao.  Liter of Light Project was awarded in June 2012 in Hongkong and again won in November as the Best National Flagship Project during the JCI World Congress held in Taipei, Taiwan. The project proudly bested from over 100 entries of JCI national organizations.

Photos from the recent Liter of Light Davao kick-off at Brgy 21-C: 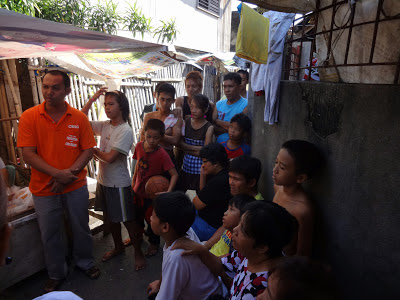 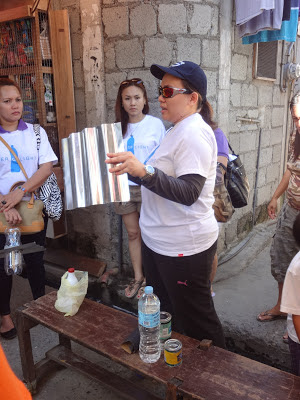 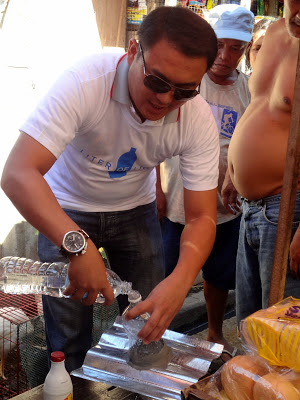 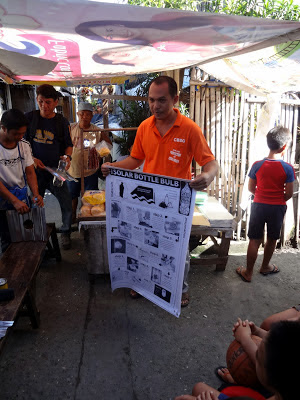 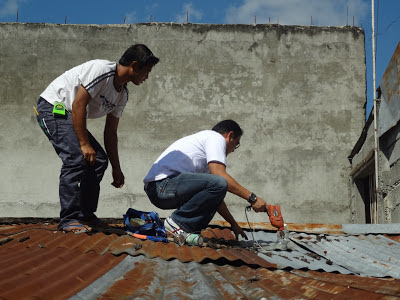 What is a solar bottle bulb?

The solar bottle bulbs are made by mixing filtered water with chlorine and salt. This mixture is poured to a 1.5 liter used soda bottles inserted thru a holed scrap GI sheet sealed with rubber sealant. Amazingly solar bottle bulbs can provide up to 55 watts and can last for two years. Reducing power consumption during daytime and promoting safety against fire from using alternative and hazardous light source such as candles and kerosene lamps.

JCI Duwaling is a davao based all female chapter of JCI. Duwaling stands for the two most popular symbols of Davao (durian and waling waling) the organization has more than 20 Dabawenya professionals and entrepreneur members. You may visit their facebook page JCI Duwaling.

Photos from the Liter of Light Press Conference / Victory Luncheon 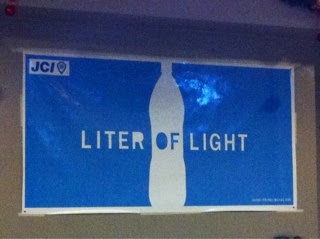 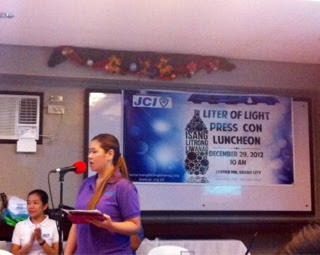 PressCon was hosted by JCI Member Ria Jose,National Chair for Liter of Light 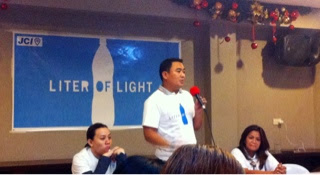 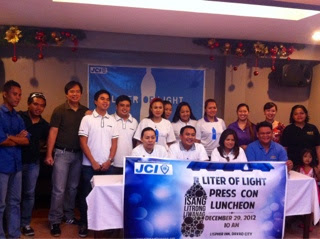 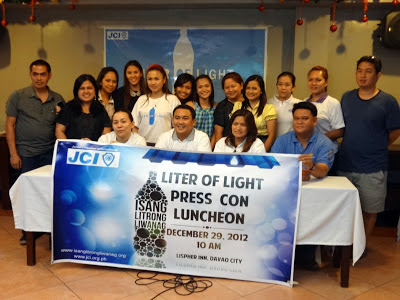 "Bringing light to the poor, one liter at a time."
davao Davao city events Jci Duwaling JCIP Liter of LIght Liter of Light Davao kick off