Showing posts from November, 2012
Show all

Surigao Runners Club (SRC) in cooperation with South Seas Cable organized its first sponsored fun run: "RED tie Run 2012 Hiv/Aids Hope Awareness" happening on Dec 1, 2012. The race aim to support, raise awareness and create openness about Hiv and people living with Aids,  as the rate is rapidly increasing nowadays.      Surigao Runners Club (SRC) was founded last Oct 17, 2012 by young Surigaonon professionals and apparently the first running club in the city. At present the runclub  is currently promoting health and wellness to running enthusiasts, motivating others to get involved and always run for healthy lifestyle with a good cause. SRC President,  Atty. Ingemar Macarine and the rest of the SRC officers had previously ran in various running events such as the Pink Run 2012, the country’s grandest 36 th Milo Marathon provincial leg in Cebu, Butuan and  come Sunday, Nov 25, 2012 in Cagayan de Oro City.      Future runs on 2013 includes the Cebu City Marath
Post a Comment
Read more

A Home Away From Home @JavaJive... 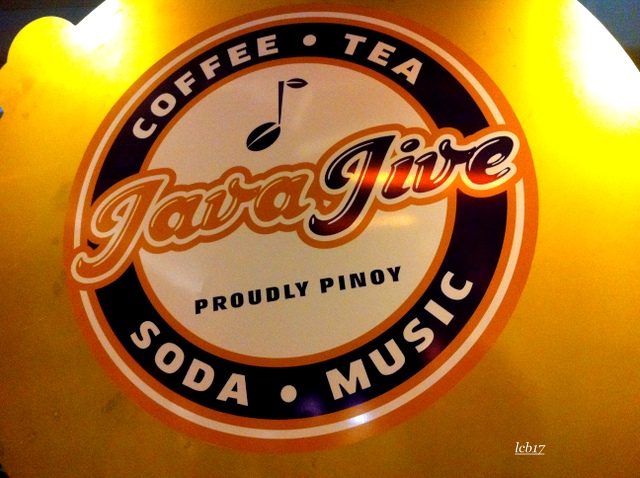 Finally, a new and uniquely designed music café has arrived in  Davao . JAVA JIVE Coffee-Tea-Soda-Music is a Proudly Pinoy- themed café. It offers a wide array of locally D avao- produced food and beverages. and Not just coffee, they serve delicious home cooked meals too that comes with  a twist of Davaoeno spirit. They serve Opm Orig Pinoy Meals.However, they have gourmet style foodies  also if you crave for gourmet meals.     As javajive opens, it promises Davaoenos a Home Away From Home ambience. Relaxing as if youre at the comfort of your own homes.  And whats more? Java jive’s frontline objective is to develop a scholarship program and build partnerships with school and communities to be able to send less fortunate children to school. JavaJive patrons and coffee drinkers share a percentage to a scholarship fund for future JavaJive scholars. Now that’s so generous.       Luckily, I was so delighted to be  one of the 20 social media  blogger who was invited for a food and
Post a Comment
Read more 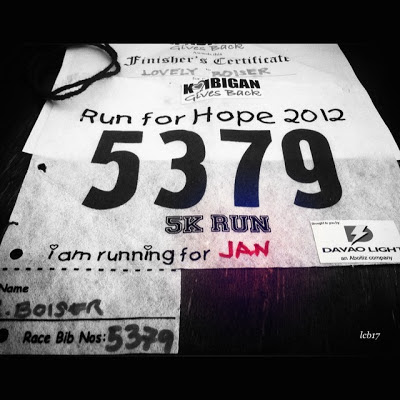 Last Sunday, Nov 18,2012 I had the privilege to be one of the four sponsored social media blogger to support " Run for Hope '12"  a run for a cause wherein all proceeds and benefits go  to   House of Hope  , a free transient home housing 21 cancer stricken children who are all battling to survive their early childhood against cancer.          The race was organized by Davao Light & Power Company under their " Kaibigan Gives Back" program.       The said event was a full success. (DPLC) employees as well as individual runners ran with enthusiasm each empowered with a generous cause by heart. Raffle and Prizes were given after the race.         I ran for a child named "Jan" warming up.... the finishers.. " racing teaches us to challenge ourselves, to push beyond where we thought we could go" -US olympian- the 3k winners. 3k winners. Female Category. 5k Winners. Male Ca
Post a Comment
Read more 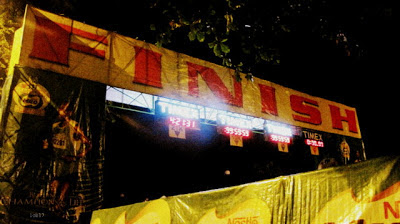 The recently held 36 th Milo Marathon Davao leg was a sure success. With almost 14,000  runners joined force and ran ablaze in the 3k, 5k, 10k and 21k race yesterday, Nov 11, 2012.                23 year old Anthony Nerza, a college student bested all the 21k runners at his fastest run at 1 hour, 12 minutes and34 seconds.. While the 2010 Milo Marathon Champion from Palawan , Flordelisa Donos made her comeback as she bested all 21k female runners at 1 hour 26minutes 55 seconds.                 Having seen and witnessed the grandest running event in the country. I fully grabbed the chance in taking awesome shots  among the many random  people during the race. all for the glory of running... "A run begins the moment you forget you are running."-Adidas i love how this little man stood out from the adults' crowd. parents ran for their children... the hip.. the senior... a woman... a pe
1 comment
Read more
More posts